Here you will find juggling acts, shows, and workshops in circus and rhythm. 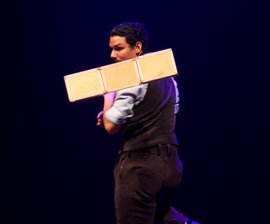 Inspired by classical juggling
Lumineiro manipulates his hat
and cigar boxes. Lasting 7 minutes, this act was achieved to integrate cabaret and variety shows. 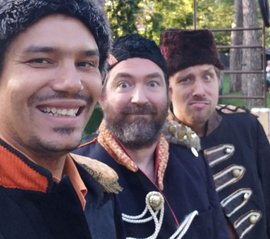 Lumineiro is an artist invited by Cia. Balltazar to be part of this show with two versions, a fixed 30-minute version and a walking version, where three foreigners live very unusual and humorous situations based on cultural differences. 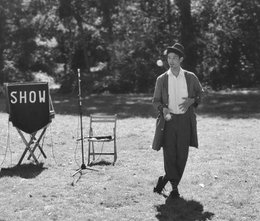 Journey of a Juggler is a solo show that tells the story of a boy who dreamed of traveling the world meeting other people along the way and relating to them through the enchantment of movement and juggling. The path itself becomes the central axis of the story told in verse. The show is freely inspired by Brazilian popular culture. 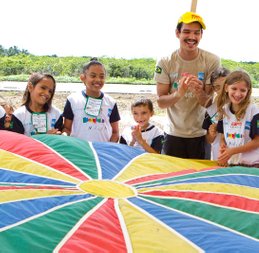 Teaching is always an exchange of information, a two-way street. Based on listening and the availability of each class, Lumineiro teaches initiation classes in circus techniques for children and adults. 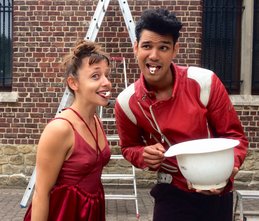 A humorous show where Lumi and Iara present their universe to the audience. Acrobatics and juggling are part of the relationship between these two figures separated by 35 centimeters in height. 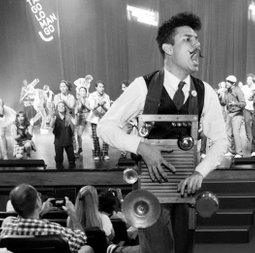 Lumineiro is a percussionist and plays especially washboard. He played in the band Mustache e os Apaches for 10 years, recorded three albums, music videos, soundtracks for movies and television, toured and collaborated with several bands and circus shows playing washboard and drums.

Born in Belo Horizonte - MG - Brazil, Lumineiro is interested in high human technology. He is dedicated to juggling and music. He took part in regional meetings and juggling conventions in Brazil, Argentina and Belgium. With his act "Tudo se Encaixa" he collaborated with several groups and companies such as Circo Zanni, Grupo Namakaca, Cia. Mimicalado, Cia. Lamala, Cia. Suno, Cia. Do Relativo, Cia. Los Circulos, Cia. Trix Mix Cabaret, Cia. Balltazar among others. Parallel to the circus he dedicated himself to studying drums and playing washboard, being one of the founders of the band Mustache & Os Apaches. With three albums recorded, they toured Brazil, Germany, Belgium, France, England, Istanbul, Portugal and the Czech Republic. Their songs have been soundtracked in soap operas, TV series and movies. He currently lives in Belgium and is part of Cia. Balltazar.